All Saints Oatley West Soccer Club originally started in 1923 and then re-started officially in 1960 with only 13 registered players in 1 team. Originally affiliated with the All Saints Oatley West Anglican Church, the club grew and became very successful in the Churches Soccer Competition, at one point getting up to about 17 teams, and with numerous premierships.

In the mid 1980s the club executive petitioned a number of times to be allowed entry to the St George Soccer Association, eventually meeting the criteria and being accepted in 1988. The Club has remained a force in this Association ever since. The club now has no ties with the church but is proud of its history and achievements.

The club has won the St George Soccer Association 'Club Championship' award on several occasions (awarded on a formula of total points scored within the club), including three straight years in 1999, 2000 and 2001. 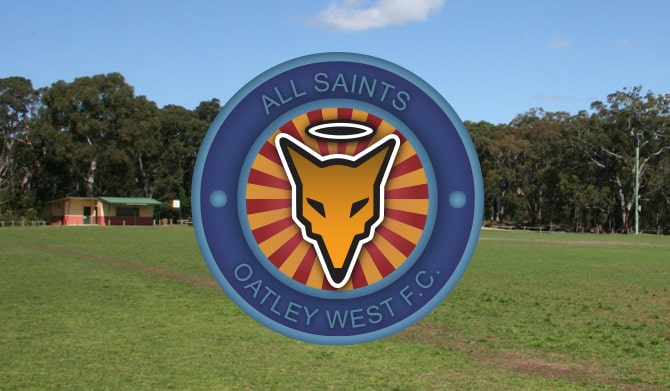 Our Club is particularly proud of its reputation of good sportsmanship, and providing a nurturing and un-pressured environment especially with younger children.

The current club emblem was introduced in 2000. The haloed fox represents the ties with the church and foxes sometimes seen during evening training sessions at Oatley Park.

In 2004 our club became incorporated, primarily to fulfil the requirements of Soccer NSW's Insurance Companies, so we are now All Saints Oatley West Soccer Club Inc.